When a Reputation Walks the Plank

Actor Johnny Depp’s defamation lawsuit against his former wife, Amber Heard, has begun in Virginia, in a blaze of publicity.

The case concerns allegations of domestic violence, and follows a similar defamation case against News Group Newspapers in the UK in 2020, in which Heard was a witness, which left Depp’s career marooned.

The current lawsuit in full swing in Fairfax, Virginia, is part of Depp’s attempt to salvage a reputation in tatters after career-destroying allegations by Heard that he abused her during their three-year marriage, which were re-printed in the papers.

The case revolves around an opinion piece that Heard published in the Washington Post in 2019, where, while she did not mention Depp by name, she referred to herself as “a public figure representing domestic abuse”, adding that she had experienced “the full force of our culture’s wrath for women who speak out”.

Depp brought the libel action against The Sun newspaper's parent company, after it published an article describing him as a “wife beater”. The case ended with the judge ruling the article in question was “substantially true”. During the trial, Heard testified that she was in “fear for her life” during several encounters with Depp. He was refused permission to appeal.

After the UK ruling, Heard’s lawyers applied to have Depp’s claim in Virginia dismissed. Judge Azcarate rejected the motion; libel laws in the US and the UK are substantially different, and it would set a “dangerous precedent”.

In the Virginia case, under US law, Depp and his lawyers must reach a higher burden of proof, showing Heard not only defamed him, but that she did so with malice.

Heard’s lawyer, Elaine Bredehoft, has argued that the article in question addressed a serious issue of public concern: domestic violence. A Virginia law creates immunity from civil liability for individuals under certain circumstances, including defamation based solely on statements that are made regarding “matters of public concern that would be protected under the first amendment” to the US constitution.

Depp’s lawyers, however, have argued that the law does not apply, because Heard’s claims pertain specifically to Depp’s alleged personal behaviour. Depp’s lawyers contend that Heard perpetrated a hoax with the aim of irreparably damaging Depp’s career, an allegation that led her to file a $100m counter-claim.

Last week, Heard issued a statement to her Instagram followers, saying she continued to pay a price for speaking out against men in power. “Hopefully when this case concludes, I can move on, and so can Johnny,” she wrote.

Depp is one of the top 10 highest-grossing movie stars of all time; as recently as 2010 he is rumoured to have been earning $75 million a year. Now, his popularity is in Davy Jones’ locker. Dropped from the Pirates and Fantastic Beasts franchises, he has seen his reputation and career severely compromised by the allegations highlighted by the London high court action.

A good reputation, personal or professional, takes years of consistent dedication to build and moments to destroy. At Samuels, we can help you safeguard your reputation, or the reputation of our business, drawing on our many years of expertise in this niche sector to advise you on privacy and defamation issues.

If you would like to bring a claim for defamation of character, you should not delay, as the deadlines are tight. Contact us today to speak to an experienced lawyer about how we can help. 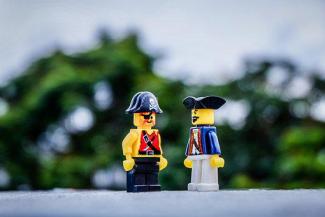