What are the rules about electronic witnessing of wills?

The pandemic made it especially difficult for people to comply with the rules for signing a will which, until  the rules were amended, required the testator (the person making the will) to sign his or her signature in the physical presence of two witnesses. With the rules about social distancing and various lockdowns, it became necessary for the law to adapt to ensure that people could continue to finalise their wills.

As such, legislation was introduced during the pandemic to stipulate that the presence of at least two witnesses could be either physical or virtual. This enabled wills to be witnessed virtually during video conferences, for example using Zoom or Skype.

It was understood that the measures would remain in place until January 2022, after which time, the expectation was that the rules would revert back to two witnesses needing to be physically present. However the government has recently announced that the rules allowing wills to be witnessed electronically, will be extended until 2024.

Lord Chancellor Dominic Raab MP said that it will provide peace of mind for vulnerable people who wish to have their wills witnessed virtually, and said that the extension was “a common sense” measure.

“Solicitors have bent over backwards to ensure that their clients have been able to make wills despite the restrictions during the pandemic. Those who have used video witnessing have told the Law Society it has been a useful option to have – to help vulnerable people set their affairs in order when making a will in the physical presence of witnesses is not possible.

The Law Society continues to take the view that the most effective reform of the law would be to give judges powers to recognise the deceased’s intentions even where their will may not have been witnessed, in line with the Wills Act”

According to Law Society research, around 14% of legal professionals involved in preparing wills used Zoom or FaceTime to witness wills during the pandemic, after the measures were introduced. It is a little surprising that the percentage figure is not higher, although this could be because solicitors can be slow to change their ways, and they would prefer to err on the side of caution, asking clients to sign wills in the presence of witnesses, in preference to any other option.

Consideration is currently be given by The Law Commission as to potential reforms to the law around making wills including making the current measures permanent.

The Ministry of Justice has however reiterated that the traditional position prevails, and witnessing wills remotely should be a last resort and where possible wills should still be signed in the presence of physical witnesses.

Electronic signatures are not permitted and even in the height of the pandemic the requirement remains for wills to be signed by hand.

If you or a loved one have not yet put a will in place, or if you want to check that your existing will is up to date and complies with the new rules and regulations, contact us to speak to an expert lawyer and find out how we can help. We can get a will drawn up for you quickly and for a fixed fee, so that you have peace of mind about what will happen to your estate after you die. 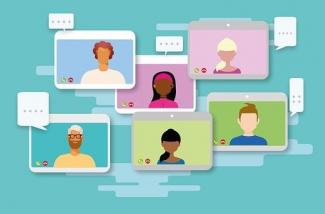