Claimant fails to overturn Will after alleging undue influence and forgery

The recent case of Barnaby v Johnson involved a daughter’s claim that her late mother’s Will dated 2005 could be challenged as her mother had been subject to undue influence and forgery.

Pauline Johnson also claimed that her mother, Mrs Bascoe lacked testamentary capacity and knowledge and approval of the terms of the Will when it was made.

Mrs Bascoe was aged 96 when she died in 2005 and it has taken a great deal of time for this dispute to reach a conclusion.

The dispute arose between Mrs Johnson and her brother, Barnaby. Under the terms of her Will, Mrs Bascoe had appointed Barnaby and Mr Wynter, her solicitor as the executors and had left Mrs Johnson a token legacy of £100, a legacy of £500 to another daughter and the residue (all of the rest) of her estate to Barnaby.

The Will also included a note of explanation as to the size of the verying legacies given to the deceased's children, stating “both my daughters have shown very little care and concern for me in my later years and in particular they have both been rude, unpleasant, and in some instances physically violent and abusive towards me and have verbally expressed their lack of care and concern……I therefore have no desire that they should benefit from my estate over and beyond the legacies I have made in this will.”

Barnaby and Mr Wynter applied for a grant of probate of the disputed Will so that they could distribute the deceased's asset according to its terms. This was disputed by Mrs Johnson.

Whilst it was acknowledged that Mrs Bascoe had changed her mind several times before 2005 as to the size of legacies she wishes to leave, evidence was given by Mr Wynter that he had no doubt as to the deceased's mental capacity. He said that if there had been any doubt, he would have arranged for a medical profession to undertake a capacity assessment.

Mr Wynter also confirmed that he had read the Will over to Mrs Bascoe before it was signed, and confirmed that there was no doubt in his mind that she had not been unduly influenced by anyone.

At the hearing, Mrs Johnson’s claims that her mother lacked capacity, and that documents had been forged, were dismissed entirely, with the Judge noting that the accusation of forgery in the Will’s execution would have required the collusion of three witnesses.  Probate was duly granted.

If you have a dispute about a will, or if you need assistance with dealing with probate, contact one of our experienced solicitors today. We have been helping clients deal with these disputes for several decades, and we are happy to have a free initial chat about how we can help. 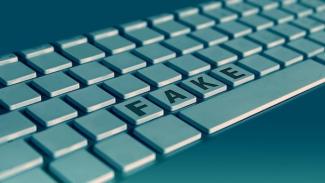