The UK will not be part of the EU Patent Court

In a rather surprising decision, the UK has decided not to join Europe’s Unified Patent Court.

The Unified Patent Court is an international court involving the Member States of the European Union. It would have heard cases dealing with the infringement of European patents. Any rulings would apply in all Member States and would have provided the patentee a way to both protect and enforce their patent across Europe.

A patent is an intellectual property right meant to protect inventions. Having a patent allows the patentee to prevent someone from making, using, importing or selling their invention in the country where the patent was registered. Patents typically last 20 years from the date of registration and provide important protection for inventors of innovative products and processes.

The decision by the UK not to join the Unified Patent Court has shattered the long running aim of the EU to have a single court for all intellectual property disputes across Europe. Patentees have so far faced the issue that they could apply for a patent to be registered in over 30 Member States through the European Patent Office. However, if their patent was then infringed in another Member State, they would need to pursue proceedings in the jurisdiction where the infringer is based. It would not be uncommon for a patentee to have ongoing infringement cases in multiple Member States at the same time. This was both difficult and expensive for the patentee.

The purpose of the Unified Patent Court was to remove the need for the patentee to have to protect their patent in multiple foreign courts. It did not matter where the infringer was based, as long as they were within a Member State, the patentee could pursue them for infringement through the Unified Patent Court, saving time and considerable cost.

Germany has also just decided to not join the Unified Patent Court, finding it be ‘unconstitutional’. It appears as though a single European court for intellectual property disputes is becoming less and less likely by the day. 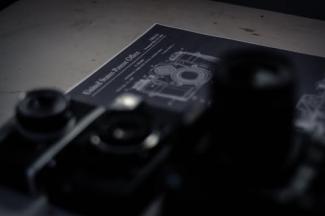