Infamous political activist, Stephen Yaxley-Lennon, more commonly known as Tommy Robinson, has had his (very expensive) day in court. Robinson was being sued by Syrian born refugee, Jamal Hijazi, for publishing a number of untrue accusations on Facebook.

Back in 2018, Hijazi was the unfortunate victim of an assault by his fellow students at his school in Huddersfield. The assault was recorded and the video was extensively covered in the media. Many viewers sympathised with Hijazi and wanted to see his attackers brought to justice. Robinson, on the other hand, rather bizarrely accused Hijazi of having attacked young girls and of threatening to stab another boy.

Following Robinson’s accusations, Hijazi received a wave of abusive messages on social media. It became so overwhelming that Hijazi stopped using his real name and his family were forced to leave their home over safety concerns. Hijazi brought libel proceedings against Robinson, seeking compensation for the harm Robinson had caused to his reputation.

Robinson represented himself at the hearing before the High Court, and attempted to persuade the judge that his statements were substantially true, a defence under the Defamation Act 2013. Despite his best efforts, Robinson was unable to convince Justice Nicklin that there was any truth whatsoever in his publications. Robinson was ordered to pay £100,000 in damages to the now 18 year old Hijazi.

When awarding the substantial damages, Justice Nicklin took into account the severe impact that Robinson’s statements had on Hijazi and his family. A crucial element of any defamation claim is proving that the words complained of caused or are likely to cause serious harm to the claimant’s reputation. Without proving this serious harm, claims run the risk of being struck out early. The judge in this case clearly felt that the serious harm threshold had been squarely met by Hijazi and the damages awarded reflect this.

Judith Thompson, a reputation management specialist and Partner in the firm of Samuels says: "Although many were not surprised that Robinson failed with his defence of truth, many practitioners working in this area were stunned at the level of damages awarded by the judge in this case. Damages for libel can be very high in other jurisdictions, particularly the USA and Australia, but in our jurisdiction, damages have always been relatively lower. Perhaps this judgment will see damages awards start to creep up in England, although I imagine it will be a long while, if ever, that we match the damages awarded in other countries."

The outcome of this case will be a stark warning for social media influencers, YouTube personalities, or political activists with large followings. Their accusations carry significant weight and can have a devastating effect on the individuals who they target, and their families. Justice Nicklin certainly took into account the fact  that Robinson’s videos had been watched by 950,000 people, when assessing the amount of damages to award.

If you are suffering because of libel or other untrue accusations then contact us to find out how we can help. 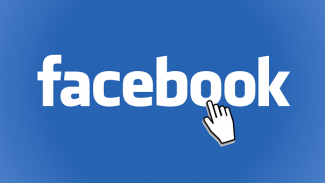