The High Court has thrown out a professional negligence claim against a litigation firm after concluding that the evidence relied upon would not have withstood scrutiny.

Augustus Ullstein QC and Hodge Jones & Allen succeeded in their application for summary judgment against Rachel Coote, for whom they acted in a claim she brought alleging a link between the MMR vaccine and her epilepsy.

Coote v Ullstein is an interesting case in which the claimant brought proceedings against Augustus Ullstein QC and the London firm of Hodge Jones & Allen, after missing out on the chance to bring a potential claim relating to the MMR vaccine against drug manufacturer SmithKline Beecham (SKB).

The judge, His Honour Judge Gosnell, effectively stopped the claim from proceeding any further. While emphasising that this was in no way a “trial within a trial”, he pointed out:

Rachael Coote received the MMR vaccine at the age of 18 months in 1989. The following year, she was diagnosed with epilepsy and developmental regression.

With her mother as  ‘litigation friend’ – someone who acts on behalf of claimants who are either children, or who lack mental capacity in bringing their personal injury claims – Coote began a claim against SmithKline Beecham (SKB), asserting that her disability had been caused by the MMR vaccine.

Rachel Coote’s claim was part of group action seeking to make claims against the manufacturers of the vaccine in the late 1990s. The group action failed on one head, when the research led by the (subsequently) disgraced Andrew Wakefield, which posited a link between the vaccine and autism, was discredited.

The claim concerning those who drew a connection between the vaccination and epilepsy continued.

Having obtained expert evidence from a certain Dr Marcel Kinsbourne, Ms Coote  served particulars of claim in July 2007. Denying the claim, SKB  also argued that in any case it was statute-barred for limitation.

As Judge Gosnell explained in the High Court proceedings recently:

“It would appear (and I put it this way as it is not conceded by the defendants in the professional negligence litigation) that the defendants had believed that the 10-year limitation period under the Consumer Protection Act 1987 ran from the date that the vaccine had been administered to the patient.

“It was subsequently discovered that the limitation period ran from the date the vaccine was shipped from the factory, in this case on 14 December 1988.

“This meant that the writ had been issued out of time and there was no provision to permit the extension of time or any suspension of the limitation period based on the claimant’s disability.”

This meant the claim had to be discontinued over the issue with limitation, at this point.

Coote subsequently claimed for damages against her lawyers to compensate for the value of claim she would have brought against SKB, had she been properly advised.

The defendants argued that she lost nothing, since the underlying claim would almost certainly not have succeeded.

Ms. Coote’s success in the original litigation would have relied upon the court accepting the evidence of Dr. Kinsbourne, a likelihood Judge Gosnell regarded as “nil, or virtually nil.”

He explained: “[Kinsbourne] reaches a number of conclusions which are logically unsupportable. I find myself agreeing with my American colleagues that his opinions lack evidential support, and that he has a tendency to cherry-pick data which suit his opinion whilst discarding it if it does not.”

He added that Dr Kinsbourne’s credibility was already compromised by the fact that his opinion there was a link between the vaccination and the onset of epilepsy in another case had been conclusively proved wrong by genetic testing.

Additionally, Dr Kinsbourne’s failure to “examine and reflect” on an MRI scan in 2003, which the defendants’ experts said showed a “brain malformation” that could only have happened prior to Ms Coote’s birth, was “fatal to his credibility as a witness”.

Judge Gosnell went on to stress that this was not a case “where the solicitors have blithely carried on with the claim without advising their client of the hopelessness of the position”. He said:

“Although I have tried to be as generous as I can be in my assessment of the prospects of success, I cannot ignore the fact that Dr Kinsbourne’s evidence would not have stood up to any significant scrutiny.”

Furthermore, though at some point in time leading and junior counsel had advised that the claimant had a 60% chance of success, “the likelihood is that, once SKB had served their expert evidence, those advising the claimant would have been obliged to report to the Legal Services Commission that the chances of success were now significantly less than 50%.

“This would have resulted in the discharge of the legal aid certificate and the claimant would have been compelled to discontinue the claim as she had no way of funding such expensive and perilous litigation privately.”

As it transpires, this case never had a chance of succeeding.

Professional negligence, however, where a professional person (this could be a financial adviser, valuer, surveyor, accountant or solicitor) fails to perform to the standards required of them, resulting in their client suffering damage or loss, can be a serious matter. A professional person has a duty of care to their client to perform their job to a reasonable standard and with reasonable care. When that duty is breached, the losses can be significant.

That is where the team at Samuels can help you to assess the prospects of your claim, and proceed effectively to achieve the best outcome in what can be a difficult and sensitive situation.

If your solicitor has missed a limitation date, and if you want to sue for damages, contact us today to find out what we can do. 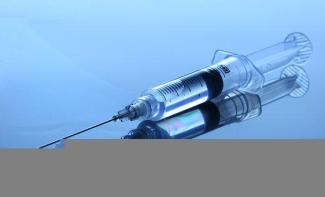