The Court of Appeal has upheld a negligence claim against a law firm (Raleys), finding that its ‘commoditised’ advice meant that part of a personal injury claim was missed.

Andrew Procter had settled a personal injury claim against his employers in 2003, for £11,141. He then brought a claim against his previous solicitors Raleys, after he realised that they had failed to claim on his behalf for either loss of earnings or for the cost of help that he needed with domestic tasks on an ongoing basis, as a result of his injury. In effect, Mr Procter has settled his personal injury claim for too little.

Mr Procter was awarded a further sum because of this negligence, but Raleys appealed the decision, saying that Mr Procter had understood their advice.

However, the judge in the Court of Appeal said the advice in Raleys' letters was unclear and they ought to have realised the full extent of Mr Procter's claim when they spoke to him on the telephone. The judge said:

‘It is not asking much of a solicitor ... to make sure that his client understands the opportunity apparently being passed up.’

The judge also dismissed arguments from Raleys that they were not being paid enough to investigate Mr Procter's claim in more depth. In relation to this the judge said:

‘I reject the notion that a solicitor should feel inhibited from ensuring that his client has understood advice given to him by the consideration that so ensuring might generate a further fee payable by the client.’

The Appeal Court has sent a clear message that solicitors, even if they are working for relatively low fixed fees, still have an obligation to their clients to provide full advice, rather than relying on standardised correspondence. Jan Samuel, senior partner and professional negligence expert has commented on this case, saying:

'It is clear that if solicitors try to cut corners, and costs, by relying on sending standard advice to clients, they could be storing up problems for themselves in the future. In this case Raleys should clearly have know that Mr Procter was able to clam for loss of earnings and for help with tasks at home. It is therefore only right that Raleys have had to pay compensation to Mr Procter as a result of their negligence."

At Samuels, we specialise in bringing claims against solicitors and other professionals who have made mistakes.

If you have suffered loss as a result of professional negligence, our expert lawyers will be able to assist you. Contact us today for a free no obligation discussion about how we can help. 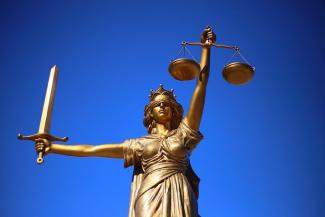