Forgive us our Trespasses

Campaign groups are disappointed by the Treasury decision to shelve a report on the right to roam, fearing the expansion of publicly accessible land will not go ahead.

In 2021, the Treasury commissioned Lord Agnew to lead a review into access to nature. Respondents were urged to engage in “radical, joined up thinking” to achieve a “quantum shift in how our society supports people to access and engage with the outdoors”.

On 22 March 2022, Green MP Caroline Lucas tabled an Early Day Motion urging the government to extend the right to roam, highlighting a growing body of evidence demonstrating the beneficial effects of access to nature on health and wellbeing, and highlighting concerns that people from ethnic minorities or with low incomes are less likely to live near green space.

2.7 million people in the UK have no publicly accessible green space within easy walking distance of their home.

However, on 20 April 2022, it was disclosed that the government has quelled the review into the right to roam.

Leader of the House of Commons, Mark Spencer, said in explanation that the English countryside is a ‘place of business’ and already has ‘hundreds of thousands of miles of public footpaths’.

Currently the Countryside and Rights of Way (CRoW) Act 2000 gives a legal right of public access to mountains, moorland, heaths, some downland and commons, alongside the more recently created England coast path.

Campaigners have asked for this to be extended to cover rivers, woods and green belt land. 97% of rivers are currently off-limits to the public, and tens of thousands of acres of woodland remain publicly inaccessible, despite having benefited from public subsidy.

According to Rebecca Pow, the environment minister:

“The Access to the Outdoors Commission was a cross-government process designed to inform the spending review on how to increase access to green spaces. There are no plans to release the review in a consolidated way. Rather the results of the review are now incorporated in the spending review which is providing more than £30m to improve public access to green spaces in support of health, wellbeing, and the environment.”

92% of land is privately owned. Countryside groups have urged the minister to reconsider, and to explore ways in which the countryside and rights of way act could be extended.

Guy Shrubsole, author and co-founder of the Right to Roam campaign, commented: “Access to nature is vital to everyone’s physical and mental health, yet we have a right to roam over only 8% of England – the law of trespass still reigns over the other 92%.”

Tom Fyans, the director of campaigns and policy at CPRE, the countryside charity (formerly known as the Council for the Preservation of Rural England) commented:

“To quash efforts aimed at improving access including the right to roam in this manner sends the wrong message. To ensure a healthy future for the countryside it should be available for everyone to enjoy.

“Unfortunately, there is a sliding scale of injustice when it comes to who has access to nature. We need to urgently open up our green belts, which are the countryside next door for 30 million people. For those in towns and cities it’s vital we increase the number of local green spaces, particularly when they are targeted at the most nature deprived communities.

“The most urgent need is in economically deprived areas in the north, where the poorest in society often don’t have easy access to our national parks and sometimes don’t even have a local park to enjoy the benefits of nature on their doorstep.”

It is an issue that divides people. The countryside is, unquestionably, a place of business, and animals and crops must be protected. However, access to nature is a vital resource issue, and should not be a privilege.

To discuss trespass, rights of access, or any of the issues covered in this article, contact the expert team at Samuels. 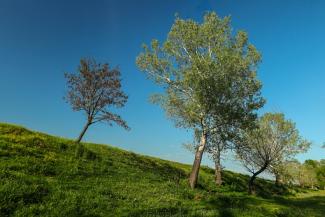