How is the right to be forgotten influenced by the European Court?

In June 2021, the European Court of Human Rights found, in a case called Hurbain v Belgium that the Belgian newspaper Le Soir had to anonymise the name of a driver who had been responsible for a road accident in 1994. This decision was based upon the well established principles of an earlier decision of the European Court of Justice, which created the right to be forgotten.

In the Hurbain case, the court took the view it did, predominantly because the individual had since undergone rehabilitation and re-entered society having served his sentence, and had therefore paid his debt to society.

The case of Hurbain, however, epitomises the competition between Articles 8 and 10 of the European Convention on Human Rights. Article 8 gives individuals the ‘right to respect for private and family life’, and Article 10 gives everyone, including publishers, the ‘right to freedom of expression’. Whilst we are all familiar with the existence of these rights, their relationship the subsequent tension between them is often overlooked.

Initially, national courts must attempt to strike a balance between the competing Article 8 and 10 rights via a ‘margin of appreciation’. The margin of appreciation was established by the European Court of Human Rights with the purpose to balance national interests alongside individual rights.

In Hurbain, whilst Belgian law deemed the right to be forgotten as “integral” to Article 8 of the European Convention on Human Rights, meaning Article 10 was not violated, different states will strike a balance between Article 8 and 10 in different ways, in light of their own domestic law. Consequently, if the same situation were to arise before the English national courts, a different decision may made, particularly if the facts of a case are quite different to those of Hurbain.

Overall, the case of Hurbain v Belgium demonstrates the increasing tension between Articles 8 and 10 of the European Convention on Human Rights. There are still opportunities for the right to freedom of expression to trump everyone’s right to be forgotten, but the right to be forgotten remains an important right for individuals to be able to protect their reputation. 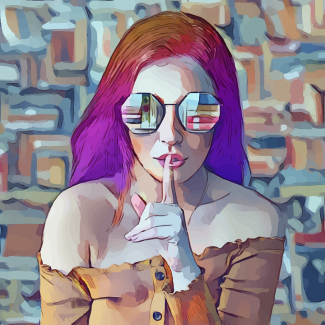