German murderer is granted right to be forgotten

In recent months, a convicted murderer in Germany has been granted the right to be forgotten.

In a case which was widely publicised at the time, the man killed two other people on a Caribbean yacht in 1982. He was sentenced to life in prison, but was released in 2002.

Whilst he was still in prison, a German national newspaper published online stories which had been previously printed at the time of his trial and conviction. These stories were only published in print form originally, but the newspaper had decided to add to its online archive, by including historical stories.

Some years after his release, the man became aware that the historical stories had been published online, and made an appliation to Google for the right to be forgotten. He said that he wished to ensure that his family were not affected by the crime he had committed.

Google refused the application initially, and lower courts agreed with Google that the story could be published as it was in the public interest. However, Germany's highest court ordered at the end of last year that the matter should be heard again.

Judith Thompson, a partner at Samuels Solicitors LLP and an expert in reputation management issues says: "This is a very interesting case, as it makes it clear that newspapers and other publishers need to be very careful about what is published in their archives, as well as the new stories that they print every day. Stories printed before the internet was even invented are being uploaded, and they are likely to concern people who are still alive. In those circumstances, publishers need to consider whether it really is in the public interest for historical stories, particularly those which report the commission of crimes, to be published online."

If you are concerned about information which has been published about you online, you could have the right to apply to search engines to break the link between your name and the articles about you. This is called the right to be forgotten.

At Samuels Solicitors, we have a wealth of experience dealing with applications to Google and other search engines, as well as appealing to the Information Commissioner's Office when a right to be forgotten application has been refused.

Our right to be forgotten applications, and our appeals to the Information Commissioner's Office are dealt with on a fixed-fee basis, so there are no nasty surprises.

If you would like to get rid of information about you online, contact us for a free, no obligation discussion. 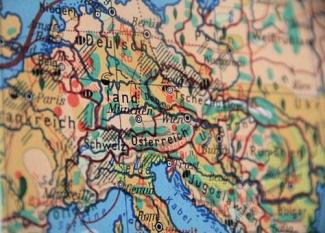