Will Dutch case extend Right to be Forgotten in England?

In a Dutch case reported in this country at the end of January 2019, a surgeon won a claim against Google in relation to the Right to be Forgotten.

The doctor had been added to a website which amounted to a black list of doctors, after she had been suspended because of problems with the care of a patient following an operation.

The doctor appealed her suspension and was allowed to continue practising.

The doctor made an application to Google for the Right to be Forgotten in relation to the black listing website, but Google turned down her application. She then mounted an appeal to the Dutch equivalent of the Information Commissioner’s Office, who also found against her, and said that the link should remain.

The doctor then took her case to the court. The Judge who heard her case said that whilst the information published on the black listing website was technically correct, in that the doctor had been suspended for failures in post operative care, the name of the site suggested that she was unfit to practice, which was not the case.

The lawyer who represented the doctor is of the view that links to thousands of more pages will have to be broken in light of this decision.

The case was decided in the Dutch courts, and so would not necessarily have to be followed by an English court. However Judith Thompson, partner at Samuels Solicitors LLP who deals with Right to be Forgotten and privacy matters, states “Whilst this Dutch decision will not bind the English courts, it is very likely that if a similar situation arose in this country, that the English courts would consider the approach taken by the Dutch courts in this case and take a similar approach. It means that operators of websites which purport to black list doctors or other professionals, could find their sites becoming less and less effective, as links to it are gradually broken over time.”

If you are concerned about search results which appear after a Google search of your name, we can help you with an application for the Right to be Forgotten. We carry out the service for low fixed fees and can also assist you with appeals to the Information Commissioner’s Office, if you have already made an application to Google which has been unsuccessful.

Contact us today to find out more about how we can help. 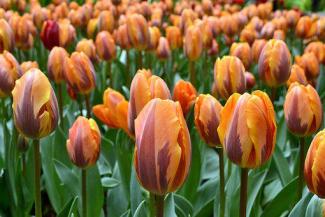