Countdown presenter, Rachel Riley, was awarded £10,000 in damages after bringing a claim against a former aide of Jeremy Corbyn for a libellous tweet.

Back in March 2019, Mr Corbyn was hit with an egg while visiting a mosque. Shortly afterwards, Ms Riley shared a screenshot of a tweet by journalist, Owen Jones, regarding an attack on former British National Party leader, Nick Griffin. The tweet read "I think sound life advice is, if you don't want eggs thrown at you, don't be a Nazi." Ms Riley added the words "Good advice" with emojis of a red rose and an egg.

In response to Ms Riley’s tweet, Mr Corbyn’s stakeholder manager, Laura Murray tweeted "Today Jeremy Corbyn went to his local mosque for Visit My Mosque Day, and was attacked by a Brexiteer. Rachel Riley tweets that Corbyn deserves to be violently attacked because he is a Nazi. This woman is as dangerous as she is stupid. Nobody should engage with her. Ever."

In his judgment, Mr Justice Nicklin found that Ms Murray's tweet had misrepresented what Ms Riley had tweeted but rejected Ms Riley's argument that Ms Murray had been motivated by any improper purpose.

Despite ruling in her favour, Mr Justice Nicklin was rather critical of Ms Riley’s tweet:

"There is a clear element of provocation in the good advice tweet, in the sense that the claimant must have readily appreciated that the meaning of the good advice tweet was ambiguous and could be read as suggesting, at least, that Jeremy Corbyn deserved to be egged because of his political views,"

"The claimant can hardly be surprised - and she can hardly complain - that the good advice tweet provoked the reaction it did, including the defendant's tweet."

The damages awarded to Ms Riley were relatively small considering she is a well-known public figure and the likelihood of the tweet being viewed by millions of people. This is likely due to the fact that whilst Mr Justice Nicklin found Ms Murray’s tweet to be defamatory, he believed that Ms Riley’s own tweet had an element of provocation.

This is interesting judgment in that it demonstrates the wide range of factors that a judge will consider when awarding damages. Publishing a provocative post or tweet will undoubtedly prompt a response. This does not give anyone the right to defame someone else but the court will certainly consider how the alleged defamatory statement came to be published in the first place.

If you have been libelled in a tweet, you are suffering from defamation of character because of libel or other untrue accusations then contact us to find out how we can help. We are experts in helping clients with claims for libel, slander and other issues involving reputational harm. 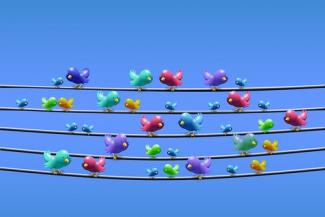