The BBC has made public a letter to the Attorney Genral in which it sought clarification of the "balance between the rights to privacy and free expression".

At the same time, the BBC announced that they would not be appealing against the recent court finding that they had breached the privacy of Sir Cliff Richard, when they reported on the police raid of his home.

The court had found that the infringement of Sir Cliff's privacy had been serious and the BBC was ordered to pay a significant sum to Sir Cliff in damages (£210k), as well as paying a large proportion of the legal costs he had incurred (£850k).

The BBC has raised the possibility that primary legislation might be required to clarify where the line between press freedoms and the right to privacy falls.

Judith Thompson, partner at Samuels Solicitors LLP with responsibility for matters concerning privacy and reputation management, says: "it will be interesting to see how the government responds to the BBC's suggestion that new law might be required to balance the rights of freedom of expression and privacy. Whilst the newspapers and other publishers will clearly be interested in the response, there would be likely to be knock-on effects for individuals using social media and other online publishing forums."

At the moment, in England freedom of expression tends to rule the roost, with anyone who has been libelled, or had their privacy infringed, being the party who has to take action to protect themselves.

If have suffered an infringement of your privacy, or if you have been the victim of libel or slander, contact us today to see how we can help. 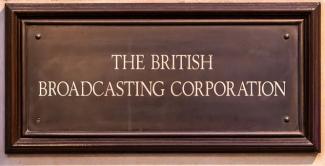