The Prince and the Paper

Prince Harry has claimed a UK tabloid caused him “upset and distress” with its exclusive and allegedly untrue story concerning his police security.

In a new libel lawsuit brought by the prince against the Mail on Sunday, the Duke of Sussex’s lawyers claim the tabloid was guilty of “distortion and misrepresentation of the facts” in a case concerning whether Prince Harry lied about having always been willing to pay for his police protection.

Prince Harry, who lives in California, is suing through the High Court over the Mail on Sunday’s coverage of a lawsuit he filed against the UK government regarding its decision to remove his police protection on trips to Britain.

The Duke of Sussex lost his taxpayer-funded police protection when he and Meghan, the Duchess of Sussex, stepped back from royal duties in 2020. They fund their security in the US, where they live, privately. Prince Harry is challenging the Home Office’s decision not to allow him to pay for police protection personally for his family and himself while in the UK.

He would like to bring his children, Archie and Lilibet, to visit from the US periodically, but, following an incident in London in 2021 when his security was compromised after his car was chased by paparazzi photographers, his lawyers say he and his family are “unable to return to his home” because it is too dangerous.

The newspaper ran an exclusive story on February 20 suggesting Harry had used his PR machine to misrepresent the nature of a lawsuit against the U.K. Home Office.

A court filing read that the Prince "… has been upset by [the Mail on Sunday's] distortion and misrepresentation of the facts in breach of the most basic journalistic standards and ethics."

The story was originally broken in January by the Mail on Sunday. Prince Harry’s legal representative responded by issuing a statement saying the Duke had, in a meeting with the royal family in 2020, offered to pay for the security detail.

The factor that perhaps complicated the matter at this point was a Home Office filing, which later recorded that Prince Harry had not made this offer during early correspondence regarding the judicial review, for which he had applied in September 2021. However, the filing failed to allude at any point to the offer Prince Harry claims to have made at the meeting in 2020 with the royals.

The Mail on Sunday’s contentious headline ran: "REVEALED: How Harry tried to keep his legal fight over bodyguards secret....then minutes after MoS broke story his PR machine tried to put positive spin on the dispute."

The article went on to say: "The revelations are a crushing rebuttal to Harry's initial public statement that implied he had always been willing to foot the bill."

“The Home Office's [filing] clearly only claims that [Prince Harry] did not advance his offer to pay to RAVEC [the Royal and VIP Executive Committee] at the time of [Prince Harry's] visit to Great Britain in June 2021 or in the pre-action correspondence that followed.

It does not refer to or dispute in any way what was stated in [Prince Harry's] public statement and his reference to the fact that he 'first offered to pay personally for UK police protection for him and his family in January 2020 at Sandringham. That offer was dismissed. He remains willing to cover the cost of security, as not to impose on the British taxpayer'."

Harry's lawyers clarify in the paperwork that the meaning of the Mail's article was that he "lied in his initial public statements". This account, they contend, was untrue, defamatory, and brought down an avalanche of criticism in web article comments:

“It must have been plain to [The Mail on Sunday] that by giving these serious allegations such huge publicity in the terms and manner that it did, leading to inevitable repetition and the feeding frenzy of hostile comments it could not but cause [Prince Harry's] reputation substantial damage and cause considerable distress and hurt to [Prince Harry], as has been the case."

The filing adds: "[The Mail's] refusal to take down the Online Article and/or even mark it as the subject of a legal claim (in accordance with standard industry practice) and/or publish an apology to [Prince Harry], has meant that [Prince Harry] has been unable to mitigate at least some of the serious harm done to his reputation by virtue of the widespread and continuing dissemination of the Articles.

"As a result of [the Mail's] conduct pleaded above, [Prince Harry] has suffered increased upset and distress and injury to his feelings."

The Prince seeks damages, and an injunction preventing the tabloid from repeating the claims he says are defamatory. He also wishes the newspaper to print a summary of any judgment made by the court.

Defamation concerns reputation, in particular statements that damage others’ reputations. Defamatory imputations include those which are likely to lower a person in the estimation of right-thinking people; those which injure a person’s reputation by exposing him or her to hatred, contempt, or ridicule; or those which cause a person to be shunned or avoided.

If you need advice from a lawyer about a libel case, we can help. For advice on issues concerning reputation management, talk to the expert team at Samuels. 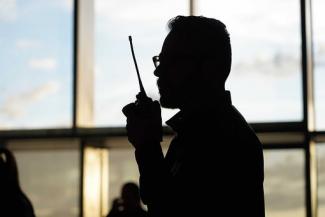