In a high profile court decision, Meghan Markle has succeeded in a breach of privacy claim against the Mail on Sunday.

The newspaper had published parts of a private letter that Meghan Markle had written to her father, shortly after she married Prince Harry. In 2019, the Mail on Sunday and Mail Online produced a series of articles, printing several different extracts from the letter.

Lawyers acting for Meghan Markle made an application for summary judgment against the newspapers in relation to the breach of privacy, asking the court to find that there was no real prospect of the newspapers successfully defending the breach of privacy claim. Summary judgment is a short-cut method to a final hearing in cases where one party's arguments are so weak that they are bound to fail at trial.

The Judge found that Meghan Markle’s privacy had indeed been breached, by the publication of extracts from her letter to her father. The Judge also said that a different decision would not be reached if the issue went to a full trial.

The decision underlines that fact that individuals are entitled to expect that their right to communicate privately with other individuals will not be breached. This will apply to not only letters, such as in Meghan Markle’s case, but also to text messages, emails and any other form of written communication.

It has not yet been decided how much the newspaper ought to pay to Meghan Markle, to compensate her for the harm caused by the breach of privacy, as that will be the subject of a further hearing. However, the damages could be substantial as the breaches were significant and repeated.

Of course most people’s private correspondence will not end up on the front page of a national newspaper. However, this does not mean that you would not be able to bring a claim for damages if your right to privacy in your correspondence is breached. If someone has published your private letters, it is very likely that your privacy has been breached. If you think you have a claim for breach of privacy, contact us today for a free initial discussion about how we can help.

UPDATE: since this article was first published, the Mail on Sunday has appealed the decision to grant summary judgment against them, and the results are keenly awaited by the public and lawyers alike. 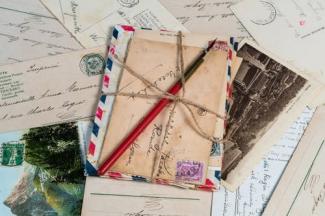