Mondelez claims that the lilac packaging is a breach of their trademark for the colour on chocolate products and goods in Europe. They argue that the similar colouring will cause confusion amongst customers and lead some to believe that Primal Pantry’s fruit bars are related to their famous Milka brand.

Primal Pantry has supposedly been given 6 months to either throw out or change the packaging on their existing products with the lilac colour. Despite being a significantly smaller company, Primal Pantry has refused to be pushed around and disputed that their lilac packaging is an infringement of Modelez’s trademark.

It has long been accepted that colours can be trademarked but only under certain circumstances. The applicant will need to specify where and how the colour will be used and will have to use an international colour code to select the exact colour which they intend to trademark. It is not sufficient for an applicant to simply apply to trademark the colour blue for all products, for example.

Matthew Howe, an intellectual property specialist and solicitor in the firm of Samuels says: ‘Mondelez would be brave to issue proceedings against Primal Pantry should they refuse to remove or change their packaging. There has been a recent string of cases showing that courts dislike multinational corporations bullying smaller companies by threatening them with aggressive infringement claims. Whilst there is a genuine need to protect existing trademarks, they should not be abused to stifle and scare smaller businesses. The fact that Primal Pantry’s lilac packaging wraps dried fruit bars and not chocolate is significant and would be the main hurdle for Mondelez to overcome.’

The main effect of the threatened claim seems to be to have publicised Primal Pantry's product on an international scale, whereas before, it is likely that the products were relatively unknown. 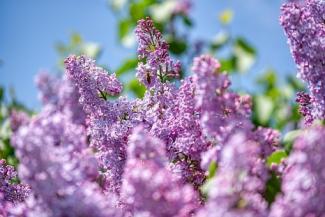