The Kardashian clan have yet again faced another lawsuit, this time filed from within their own family.

Chyna, who is Robert Kardashian’s former girlfriend with whom she shares a child, claims that Kim Kardashian, Khloe Kardashian, Kris Jenner and Kylie Jenner defamed her character which not only tarnished her reputation but caused her to lose her hit show ‘Rob and Chyna’.

Chyna sued the Kardashian-Jenner family for $100 million in damages after Chyna claimed that the family told TV producers of the show about an allegation that Chyna had violently attacked Rob Kardashian, and this had subsequently led to the show being axed.

The family denies that their actions led to the axing of the show, with Rob Kardashian even taking to the stand to clarify that the reason the show was axed was due to the breaking down of the relationship between him and Chyna.

Rob’s claim was further verified through the support of the executives from E! Network who testified that the reasons behind the show being axed were in fact due to the relationship breaking down and show ratings.

The courts found that although it was not the place of the Kardashian/Jenner family to have told producers about such allegations, there was no evidence to suggest that this had any bearing on the contract between Blac Chyna and E! Network.

As a result, the nine-day trial came to an end on 2 May 2022, with no damages being recovered.

The Kardashian team reacted to the ruling: “On behalf of Kris, Kim, Khloe, and Kylie, I want to express our appreciation to the jury ... We are also grateful for the steady hand of Judge Alarcon in making sure that this was a fair trial.”

Although Chyna’s claim failed against the Kardashian/Jenner women, not only are there reports of Chyna and her legal team appealing the decision, but Chyna is also set to take part in another trial, this time against her former partner, Robert Kardashian.

Chyna claims that Rob maliciously shared her nude images in 2017 on his twitter and Instagram after the couple’s relationship had ended. Chyna was granted a temporary restraining order against Rob in late 2017 as a result.

If your reputation has been harmed by untrue statements, we can help. We have a team of lawyers with a niche specialism in this area, who have helped settle many libel claims, and to bring others to court.

Contact us today to find out how our libel team can help you. 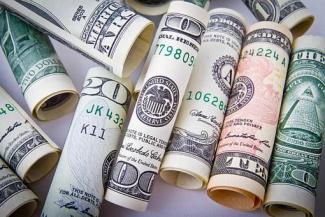