In a recent High Court case, the Judge had to determine the order in which two stepsisters' parents died. The outcome would determine which of them stood to inherit a property.

In a dreadfully sad case, the parents, Mr and Mrs Scarle were both found dead at their home from hypothermia in October 2016.

Anna Winter argued that her step mother was likely to have died first. However, Deborah Cutler argued that it could not determined who had died first and so legally, she and her brother should inherit under the “Commorientes Rule”.

The “Commorientes Rule”, meaning “simulteanuous death”  is contained in s184 of the Law of the Property Act 1925. The Rule states that if it cannot be determined who died first then the younger person is presumed to have outlived the elder. A the time of their deaths Mr Scarle was 79 and Mrs Scarle was 69.

The court heard expert evidence at the trial from a pathologist, who could not say for definite which of the couple had died first, because levels of decomposition could have been affected by different room temperatures at the property they had lived in.

As as a result, the Judge ruled in favour of Mrs Cutler, concluding that because there was uncertainty as to the order of deaths, the Commorientes Rule under s184 of the Act applied. This meant that the younger person was deemed to have survived the elder person.

The Rule is very rarely applied in the modern day not to least due to advances of science and forensics where it is almost always possible to determine the order of deaths.

This is a rare example of how a dispute about wills and inheritance can arise. There are of course many other ways, if a will has been drawn up when an elderly person no longer has capacity, or if they are forced to draw up their will in a certain way. This type of dispute is on the rise, and if it is not dealt with professionally from the outset, can take many years to resolve.

At Samuels Solicitors LLP, we have decades of experience assisting clients who are involved in disputes about wills and inheritance. In some cases, we are able to act for clients under the terms of a conditional (no win no fee) agreement.

If you want to speak to someone about a will dispute, contact us today for a free initial discussion. 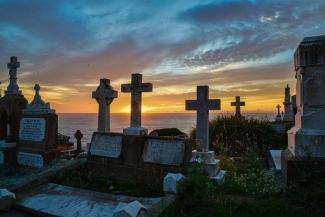