Can I Prevent a Grant of Probate Being Issued?

After someone dies, is it possible to stop a grant of probate? The answer is yes, in certain circumstances. It requires a “caveat” to be issued at the Probate Registry to show that a grant of probate should not be issued in the deceased person’s estate without the person who registered the caveat first being notified. This gives the person who registers the caveat the opportunity to take further action.

The caveat process is important, as generally there is only six months from probate being granted to mount a challenge to a Will.

There are a number of reasons why a person may enter a caveat, such as:

To enter a Caveat, the person who enters the Caveat (known as the “Caveator”) must use the prescribed form and lodge it at a Probate Registry. The fee for entering the Caveat is £20 and it is effective for six months. The caveat may be renewed every six months until it has been removed or has expired.

A person who disagrees with the Caveat being entered, can challenge the caveator by warning them off. This is done by the person issuing the warning stating their interest in the estate. The warning gives notice to the Caveator that they have eight days from the date the warning is served to either respond (known as "entering an appearance") stating their interest in the estate or issuing and serving a summons for directions.

Where a Caveator has been served a warning he or she can do one of the following:

Where an appearance is entered, one or more parties may decide to bring a contentious probate action if they cannot agree how to proceed.

Our private client team at Samuels Solicitors are used to dealing with Caveat applications and have advised and assisted numerous clients in relation to these.

If you have a dispute about an estate and want to stop probate being granted, if you have been served with a Caveat and need advice as to the next step, or would like some advice as to whether or not a caveat should be issued, then contact one of our private client team who would be happy to discuss the matter further with you. 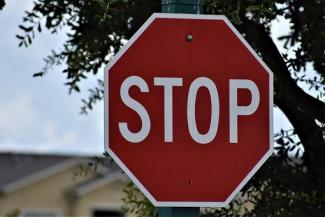