Many property owners who have purchased leasehold property in the last few years, have found themselves paying ground rents that have increased at an exponential rate, sometimes doubling every five years. These excessive grounds rents have meant that in some cases, home owners have been unable to sell, as mortgage companies started refusing to lend money to buyers of these types of leasehold.

If the current plan, which is included in the Leasehold Reform Bill, passes into law, instead of paying thousands of pounds every year, and living in a property that can't be mortgaged, owners of leasehold residential property will not have to pay anything.

The idea is that their leases will require them to pay a "peppercorn" rent, a historical term which came about hundreds of years ago, when tenants were not required to give anything of any value to landlords, in return for being allowed to live in their properties.

There are MPs and others who believe there should be a total ban on houses being sold on a leasehold basis. In their view, where new estates are built, there is no reason for the developer to keep (and then in many cases, sell on to a third party), the freeholds of the new properties.

This is simply not what leases were designed for, but has been used as a money-making scheme for some years now. Leases are traditionally used when large properties have been subdivided into flats, or new blocks of flats have been built. But there has been a growing trend for developers to only sell the leasehold of new builds, and keep the freeholds for themselves.

Now that many owners of new build leasehold properties have found it difficult to sell, attention has turned  back to developers, with many claims of mis-selling being brought. In many other cases, leasehold owners have chosen to sue the conveyancing solicitors who helped them buy the property in the first place, as very often those solicitors would have been recommended by the developer, and would have failed to adequately advise buyers about the crippling ground rents they would face in a few years time.

In many of these cases, failure to advise buyers properly amounts to professional negligence, on the part of the conveyancing solicitors. The good news is that those solicitors will be insured, and if you have a valid claim, it should be possible to settle without the need to start court proceedings.

Jennie Applebee, paralegal at Samuels Solicitors LLP says: "It would be fantastic for new buyers, if these unfair ground rents were done away with. However, this will not help people already trapped in the system, for whom the only real option, in many cases, is to sue the conveyancing solicitor who failed to advise them properly about what they were getting into."

If you are paying unfair ground rent to a freeholder, we might be able to help you recover compensation. Our expert lawyers have been dealing with these cases for a number of years, and we would be happy to speak to you on a no-obligation basis about how we can help.

Contact us today to find out whether we can help you with a ground rent claim against your conveyancing solicitors. 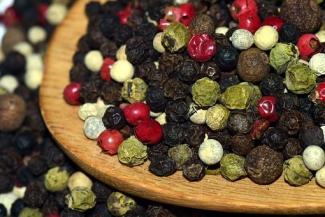