Garden Dispute over Change of Use of Land

In a recent case, the court has considered what the effect is when previously agricultural land is used for a number of years as a garden next to a property.

In 1996, Richard O’Flynn and his wife bought a converted farmhouse in Hutton, Warwickshire. Mr O’Flynn spent two decades planting trees, constructing a greenhouse, laying a lawn, adding a vegetable patch and even creating a pitch and putt golf course.

In March 2013 his local council told Mr O’Flynn he could not use the land any more, due to planning permission which was granted in 1993, which recorded the area as agricultural land.

Mr O’Flynn submitted an application for a Certificate of Lawfulness of Existing Use, so that the area would be re-designated as a garden area, but this was refused.

Lengthy legal proceedings ensued, and the matter ended up within the jurisdiction of the High Court.

Following two written applications, two appeals and a two day formal hearing, the High Court eventually ordered that the land should be re-classified as a garden area. Mr O'Flynn had been using the land as garden for a sufficiently long time, and so the Council failed in their attempts to get him to change it back to agricultural land.

At Samuels Solicitors, based in Devon, we are specialists in dealing with issues relating to planning law and lawful use of land.  We can assist where local authorities are not seeing the woods for the trees!

Contact us today for a free, no obligation discussion about how we can help. 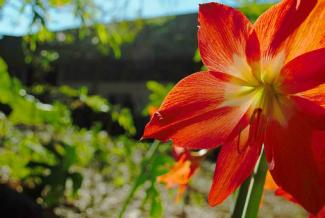