A case of fraudulent calumny

A maligned brother has won a £1m inheritance case after his sister’s false accusations were uncovered.

Whittle v Whittle is an unusual case in which the High Court recently ruled that a will should be overturned on the grounds of ‘fraudulent calumny’. It is rare for a will to be successfully challenged on these grounds, since cases are not easy to prove.

But what is ‘fraudulent calumny’? In short, it is the poisoning of a testator’s mind with the object of causing the exclusion of an otherwise likely beneficiary from benefitting from the testator’s estate. Where this arises during the creation of a will, the validity of that will can be challenged on the ground of fraudulent calumny.

It is a valid defence if the defendant claims he/she genuinely believes their comments to be truthful, which explains why it is rare for these cases to be challenged successfully.

In this case, Gerald Whittle’s will left almost all his estate to his daughter, Sonia, and her husband, to the exclusion of his son, David. The court found that Sonia had spread lies about her brother and his wife to her father, the deceased, and to others. The will was set aside, and David Whittle has been appointed administrator of his father’s estate.

Gerald Whittle died on 7 December 2016, leaving a will which was executed on 15 November 2016, and which appointed Sonia and her partner, Ray Spicer, as joint executors. His son David was left the deceased’s cars and the contents of his shed and garage, subject to David clearing both, while the will left the deceased’s residuary estate in equal shares to Sonia and Ray.

In April 2020, David went on to issue legal proceedings against Sonia and Ray, challenging the validity of the will on the grounds that it was procured, by the defendants, by fraudulent calumny, undue influence, and want of the Deceased’s knowledge and approval.

Most focus was on  the fraudulent calumny, in relation to which David claimed that Sonia had made false representations about him to the deceased, their father, on numerous occasions.

Whilst in her father’s presence, Sonia had told a legal executive, who was attending Gerald Whittle’s home to take will instructions from him, that David and his wife were “psychopaths and criminals” who had “removed large sums of money from an account belonging to [his mother-in-law]”.

Sonia had stated that David had gone to his father’s home whilst he was in hospital, and looked through his papers for bank account details and PIN numbers.

Accusations were also made that David had committed criminal damage.

Sonia and Ray were uncooperative throughout the proceedings, during the course of which they were the subject of requests for information as they had failed to give all details of their position, and also failed to pay a costs order against them, which resulted in them being debarred from defending the claim. In the end, they failed even to attend the trial.

The Judgment in Whittle v Whittle

In view of the defendants’ failure to disclose any documents in relation to Sonia’s allegations or to provide witness statements, District Judge Woodburn had no evidence to consider in order to determine whether Sonia believed in the truth of her comments about David, and had, therefore, to base his decision on the evidence submitted by David.

David’s evidence included a witness statement addressing his character, confirming that he had been security vetted prior to his retirement in 2016; a letter from Thames Valley Police, which confirmed that the investigation into the allegations of criminal damage made by Sonia resulted in no charges; and David’s wife’s witness statement, which stated she had never known David to be a violent or criminal person. The Judge concluded the aspersions that Sonia had cast on David’s character were false; there was no evidence to suggest that Sonia believed her comments to be true.

The next step was to consider whether Sonia’s misrepresentations about David had poisoned the deceased’s mind against him, and whether this had caused him to exclude David from receiving a more substantial share of his estate.

The Judge concluded that Sonia’s comments about David had clearly influenced the deceased’s thoughts, something evidenced by the fact he had questioned David, approximately a week after the allegations had been made, about whether he had hit a woman 40 years previously, whether he had been stealing by breaking into homes, and whether his wife was a prostitute.

This, together with the fact that Gerald Whittle had been present for Sonia’s rant about David to the legal executive, demonstrated Gerald’s perception of David had been tainted.

Fraudulent calumny was successfully proven, and the Judge pronounced against the validity of the will.

While such cases are not uncommon, proving the facts can be extremely difficult where there is no witness to damaging allegations made to the testator. It is usually far from easy to prove a causal link between comments made and the testator’s actions. It is likely that evidence from the legal executive, (an independent third party), who was present when unfavourable comments were made about David, were very helpful to the Court.

Do you think a family member has persuaded someone to change their will? If so, there could be grounds for you to challenge the will.

The highly experienced team at Samuels is positioned to offer advice and guidance on wills, probate, estate administration and inheritance disputes. Contact us to find out how we can help you. 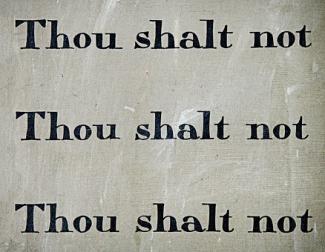