In a recent decision, a judge has found that a doorbell fitted with a camera was an unjustifiable invasion of the privacy of a neighbour, and that it contributed to a claim for harassment.

Jon Woodward claimed that he had installed a Ring doorbell as a deterrent to burglars. He had also set up a camera on his shed with a feed directly to his mobile phone. Between them, the two devices, which recorded both images and audio, covered his neighbour's home, garden and parking space.

The neighbour, Dr Mary Fairhurst, brought a case before the court, after Mr Woodward refused to remove the devices. Dr Fairhurst claimed that Mr Woodward's actions were a breach of data protection laws and contributed to his harassment of her.

Dr Fairhurst found out about the camera systems when Mr Woodward showed her his home renovations, otherwise she may never have known they were there. Dr Fairhurst was so upset to discover that her neighbour had the ability to film her and record her conversations, that she actually moved out of her property.

Dr Fairhurst won her case and her neighbour will now face a fine.

The judge commented that the fact that the devices could record audio files, was more of an issue than recording images. She confirmed that this was a breach of the General Data Protection Regulations, and the Data Protection Act.

Whilst the majority of these types of devices are important safety features for home owners, it is important that they are not set up in a way that infringes the privacy of their neighbours.

An interesting aspect of this case is that the covert filming and recording was considered to contribute to harassment. This can lead to criminal prosecutions, as well as significant claims for damages, if the harassment is proved.

Are you worried that your neighbours are filming or recording you, either using CCTV or smart devices such as doorbells? If so, contact us today to speak to one of our expert solicitors about whether your privacy has been breached and whether you can bring a claim for compensation. 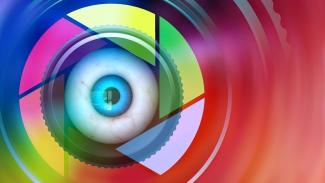