Promised a farm you didn't receive?

In the previous couple of years there has been an increasing number of cases involving proprietary estoppel claims over agricultural property, mainly farms.

A classic example of a proprietary estoppel claim would be where a son has worked and lived on his parent’s farm since childhood. The son never received wages for the work he did however his parents had always said that he would inherit the farm when they die. Upon the parent’s death, the son finds out that the farm has actually be left to his sister who never did any work on the farm and moved away years ago. The son would obviously feel cheated that he was promised the farm and acted his detriment by not received payment for his work or finding employment elsewhere on the assumption that he would inherit the farm.

In the above scenario, the son would need to prove not only that these promises were made but also that there was a sufficient degree of clarity as to what these promises meant. Many claims have been dismissed, such as James v James (2018), because the judge did not believe that the statements made by the landowner meant that the claimant should inherit or have some form of interest in the land.

Even if a claim is successful, the question for the court to decide is what remedy to award the claimant. Going back to the above scenario, if the son’s unpaid work amounted to £500,000 in unpaid wages and his parent’s farm is worth £5,000,000, should the son still inherit the entire farm as promised? or should he only receive the £500,000?

The judge in the case of Habberfield v Habberfield (2018) decided that the claimant is entitled to whatever their expectation was from the promise. So, if the son expected to inherit the farm then this is what he should be awarded. However, this principle does come with caveats. In the case of Guest v Guest (2019) the court set out that the remedy must not be disproportionate in the both the benefit to the claimant and the burden to the property owners or those with an interest in the property. Essentially, the claimant should not be awarded more than their detriment however the courts have recognised the difficulty in ‘valuing’ the detriment.

It appears that there is no exact certainty as to what the court will award during these type of claims and it is advisable that any promises are made in writing and are clear as to their intention.

Samuels Solicitors, based in Barnstaple, North Devon, has an experienced and highly qualified team of wills and probate lawyers, ready to assist clients with a whole range of problems which can arise in relation to the administration of estates, or probate, as it is also commonly known. We can help you ensure that disputes about your land don't happen after your death.

If you have been promised a farm in return for work, but that promise has not been kept, we should be able to help.

Contact us today to find out how we can help. 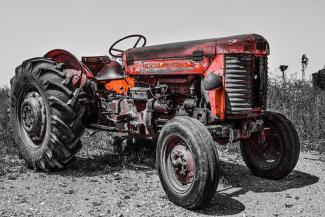