Where there’s a Will

Bo Bruce, a previous winner of The Voice UK, has won a bitter court battle against her brother after being denied her share of an inheritance comprising over £2 million, for almost a decade.

Bo Bruce – whose real name is Lady Catherine Brudenell-Bruce – described herself as ‘desperate for money’ while her brother Thomas, Viscount Savernake, blocked the sale of the house that had been left equally to the pair by their mother, Lady Rosamund, who died in 2012 of cancer.

Over the last decade, the viscount, who was executor of his mother’s estate, failed to sell the £2.4 million house, or to share the inheritance with his sister.

Instead, he intended, he claimed, to buy Leigh Hill House outright, which Lady Rosamond had received as part of a settlement in her divorce from the Earl of Cardigan in 2009, in order to keep it in the family.

Ms Bruce sued her brother in the High Court, leading to his removal as executor.

Despite commenting, “I don’t accept that the administration of the estate has been or will in the future be carried out properly,” the judge noted that the viscount was guilty of no wrongdoing, besides ‘’ignoring his responsibilities’’.

The case is interesting as a reminder of the duties of executors to administer estates, and of the remedies available to beneficiaries when they need to enforce their rights.

Section 25 of the Administration of Estates Act 1925 provides that personal representatives (PRs) – including executors - are under a duty “to collect and get in the real and personal estate of the deceased and administer it according to law.”

They must, in other words, collect the assets of an estate, and distribute them according to the terms of the will or, where no will exists, according to the laws of intestacy. There is a grace period of one year from the date of death, to give executors time to carry out their duties. During this time, beneficiaries must not demand that the executor should administer the estate and/or distribute its assets.

While there are, sometimes, valid reasons – including tax issues, claims against the estate, and the complexities inherent in selling assets - why an estate can take longer than a year to administer, beneficiaries should, once a year has elapsed, be concerned if an executor shows no sign of carrying out their duties promptly.

If an executor fails to undertake their duties promptly, beneficiaries can make an application to the court for an immediate distribution of assets or, if the estate has not been administered, for the removal of the executor.

In this case, a whole decade had elapsed since the death of the testatrix, Lady Rosamond, and the house – the main asset – had still not been sold.

In a second instalment to the story, now Ms. Bruce has succeeded in having her brother removed as executor, she plans to embark on a second legal case, where she will contest her mother’s will, arguing Leigh Hill House should pass into her sole ownership. This, she contends, would fulfil her mother’s true intention – an intention shared with family and friends, but which did not make it into the will that was hastily prepared after a cancer diagnosis.

The factor underpinning Ms. Bruce’s case is an archaic and misogynist tradition. Speaking in November about the issue via Instagram, she said:

“I feel the need to point out this is actually about an archaic law that still exists called primogeniture.

‘How…in a supposedly progressive world, are we still prioritising this outdated male inheritance system? One that rewards the older male child who then holds all the cards and gives permission to penalise the female child and disqualify her equal rights?

‘Surely we have evolved to reflect a changing world where all intended inheritance is met with fairness and sensitivity?”

According to campaigning group Daughters' Rights, there are currently 450 elder daughters of peers and baronets who cannot enjoy equal inheritance rights with their brothers. So far, despite several attempts, the law has not been updated.

In this second case, Bo Bruce’s intention, presumably, will be to have her mother’s will overturned.

This is not usually an easy thing to do, though there are several avenues she could explore:

Each of these would necessitate a high evidential burden, almost certainly including medical evidence.

Additionally, it may be that, even should Ms. Bruce have valid claims to overturn her mother’s will, this will not achieve the desired outcome. If there is no previous will leaving her mother’s estate to her, it is likely that, once the will is invalidated, the estate will pass via the laws of intestacy, resulting in an outcome where the estate is divided equally between the siblings, as is the case presently.

Contact Samuels for specialist advice on all aspects of wills, trusts, probate, and administering an estate. If you think an executor is taking too long to deal with an estate, we can help. 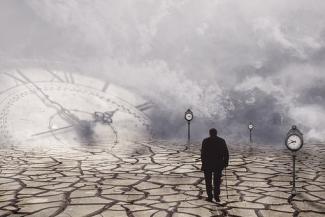