What is Early Neutral Evaluation in a building dispute?

The legal costs involved in dealing with disputes can be very high. Cases between developers of estates and commercial properties are well placed to afford legal fees, if there are issues with their work. However, this is not always the case if a homeowner is affected by poor building work.

In domestic building disputes, the legal fees can compound an already difficult situation, when a claimant has fallen out with their builder. Inevitably, these types of claims are acrimonious and will involve factual disputes about what the builder was asked to do, what has happened since with a project, as well as technical issues which can require the involvement of an expert. As a result, substantial legal costs could be incurred and very often such costs are disproportionate to the amounts involved.

In a recent case, the judge commented about the very high level of costs in a domestic building dispute, and made suggestions about how this could be avoided in future.

The case was The Sky’s The Limit Transformations Ltd v Mirza. In this case the judge suggested that domestic building disputes could be better and more closely managed by the court so as to minimise costs for all of the parties involved. It was suggested that in future, judges should give directions which limit the amount of documents that need to be disclosed, and which require the appointment of a single joint expert, rather than each party appointing their own expert.

The judge also suggested that judges should consider staying court proceedings to allow for mediation. In  cases where one party wants to mediate, and the other doesn't, not only would be unwilling party potentially  face substantial costs sanctions, but there could also be a compulsory Early Neutral Evaluation imposed on the parties.

What is Early Neutral Evaluation?

Early Neutral Valuation is a non-binding process where an independent judge would look the cases put forward by the opposing parties in a domestic building dispute, and express a view about each side’s prospects of success.

This is an alternative to mediation, which can sometimes be combative. Early Neutral Evaluation can be a very useful tool to help narrow down the issues between the parties and therefore assisting in bringing about a resolution, without the need to go to court.

Time will tell if the judge's suggestions are taken up in the future, but they highlight the importance of getting specialist advice early on, to avoid the pitfalls of litigation and potential financial disaster, with the focus on achieving a swift and cost effect resolution to domestic building disputes.

Legal advice about disputes with builders

At Samuel Solicitors LLP, we have a long history of helping home owners and builders to resolve disputes about their building work. There are many different types of dispute which can arise, including disputes about:

Alternatively, we can help builders who have not been paid in full or at all for the work they have carried out.

If you have a dispute with a builder about defective work, we would happy to have a free initial discussion wit you. Contact us today to talk to an expert lawyer about your case. 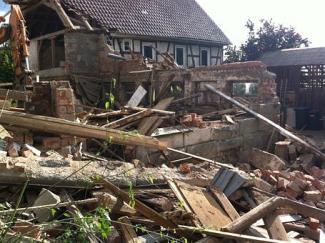