How is social media shaping the law of defamation?

In the age of social media in which we live, we are seeing an unprecedented growth in online defamation. In fact, defamation claims have almost trebled since 2016. In 2020 it was estimated that there were over 3.6 billion people in the world using social media, and that number can only now have increased.

The scale of use of social media, together with the growing ‘influencer culture’ makes defamation litigation an increasingly attractive solution to protect reputations, career-wise and on a personal level. This can be particularly important when social media is misused as a tool to ‘cancel’, troll and publish ‘fake news’. In those circumstances, the importance of establishing the truth can become paramount and having a judge rule in your favour, can be an extremely effective tool to the restoration of your reputation.

It may also be necessary to ask the court to intervene to help you, if untrue statements have bene published by anonymous publishers, or on an international platform.

Libellous statements can include posts on social media platforms such as Twitter, Facebook, TikTok and Instagram. They can take the form of tweets, status updates and ‘stories’.

Consequently, we may see social media platforms introduce stricter monitoring practices to regulate the publishing of posts that could result in serious reputational damage. Social media users should reflect before clicking ‘post’ to protect themselves from engaging in defamatory publications.

Have you been libelled on social media?

Both individuals and businesses can have profiles on social media, and for some businesses, it can be a valuable source of income. This can make publications such as false Facebook reviews, particularly damaging. But how do you know if there is enough in the untrue statement for you to be able to bring a claim.

In short, defamation of an individual or a business, can either be slanderous or libellous, with slander being spoken and libel being in written or permanent form. A successful defamation claim is comprised of:

If someone has published an untrue statement about you on social media, contact us today to find out how we can help. 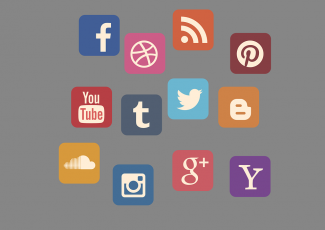