Conservative party councillor, Paul Nickerson, has agreed to pay substantial damages and legal costs to Jeremy Corbyn, following a tweet that he published on 15 November 2021.

The libellous tweet contained a fake picture showing Mr Corbyn laying a poppy wreath at a burning taxi. This tweet was published the day after an explosive device was denotated in the back of a taxi outside a maternity hospital in Liverpool. Mr Corbyn’s legal representatives argued that tweet suggested that Mr Corbyn supported and sympathized with terrorists.

Mr Nickerson was quick to settle the case and tweeted the following apology:

‘On 15 November 2021 a defamatory tweet, for which I accept full responsibility, was published on my Twitter account. The tweet targeted Jeremy Corbyn and included a fake photograph of him laying a poppy wreath at the site of a burning taxi outside the Liverpool Women's Hospital where a terror attack had taken place on Remembrance Sunday killing a suicide bomber and injuring others.

The false photograph, captioned by the word "unsurprisingly", gave the completely untrue impression that Jeremy Corbyn supports terrorist violence including suicide bombings, which without any hesitation I wholly accept he does not. Without reservation I fully withdraw any suggestion or inference that Jeremy Corbyn is a supporter of terrorist violence. The tweet was wrong and I retract it. I unreservedly and sincerely apologise to Mr Corbyn for the hurt and distress that has been caused to him by the tweet. I entirely accept that the posting of the message the day after Remembrance Sunday aggravated the hurtful nature of the defamatory tweet.

Accordingly, I have agreed to pay Mr Corbyn substantial damages, which he is donating to charity, and his legal costs.’

It is rather unsurprising that Mr Nickerson settled so quickly. He would have faced an uphill battle attempting to defend Mr Corbyn’s claim for defamation of character. There are many defences that a defendant can plead when faced with a defamation claim but the most common are truth, honest opinion and public interest. Unfortunately for Mr Nickerson, none of these defences would be likely to have succeeded in this case. The publication was clearly untrue, and there could have been no basis for Mr Nickerson to hold such an opinion. There would also have been no scope for him to argue that the publication was in the public interest.

This case will stand as a firm reminder to social media users that publishing untrue or controversial content can have serious repercussions. Mr Nickerson may have only had a modest 1,000 followers, but his tweet was quickly shared and spread far beyond his initial circle. Whilst this may have been outside of his control, he would have no doubt been aware that once his tweet was posted, it was available to the world and the nature of the publication was such that it arguably invited re-tweets.

If you are suffering from defamation of character because of libel or other untrue accusations then contact us to find out how we can help. We are experts in helping clients with claims for libel, slander and other issues of reputational harm. 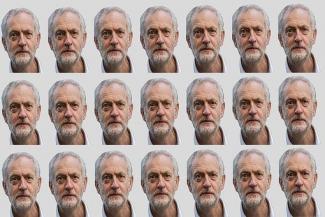