Cliff Richard is suing the BBC over reports that he was being investigated for sex offences, and is in the process of claiming damages for breach of his privacy, after reports were published widely in the media, as the searches at his home were being carried out.

Earlier this week, his lawyers were in Court to discuss costs and it emerged that Cliff Richard spent almost £900,000 plus VAT, on legal advice, before his Court claim had even started.

The BBC is, quite understandably, objecting to the level of costs incurred, stating that they are “grossly unreasonable and disproportionate”.

One of the reasons the costs are so high, is reportedly because Cliff Richard’s team want there to be two trials, with the first trial dealing with the main issues in the case, and the second trial to deal with the damages that Cliff Richard should be awarded. The Court has not yet agreed to this.

Whilst it is not unusual for High Court claims for breach of privacy and defamation to involve relatively high legal costs, the costs in this case appear to be excessive.

Judith Thompson, partner at Samuels Solicitors and defamation expert says:  “Solicitors help clients achieve settlement as quickly and as cost effectively as possible. I suspect in this case that Cliff Richard will end up having to pay a large proportion of these costs himself, as I cannot see a Judge ordering the BBC to reimburse him for all of his legal fees, even if his claim is ultimately successful”.

This case highlights how important it is for all parties to consider alternative dispute resolution, particularly mediation, at as early a stage as possible.

Breaches of privacy cases can be extremely distressing and they need to be dealt with quickly and sensitively, to ensure that more damage is not caused to the person who has already suffered. If your privacy has been breached, as a result of someone publishing stories or images about you which you are entitled to expect remain private, you could have a claim for damages.

Depending on how serious the breach of your privacy has been, the damages you can claim could be substantial.

At Samuels Solicitors we have a niche specialism in dealing with breaches of privacy, as well as other types of cases that often go hand in hand with breach of privacy, including harassment, libel and slander claims. The vast majority of the cases that we deal with settle without Court proceedings being necessary. Of those where Court proceedings are issued, again the vast majority of those settle before trial.

If you are concerned that you are suffering from breach of privacy, or if you are the victim of libel or slander, contact us today for a free no obligation discussion about how we can help. 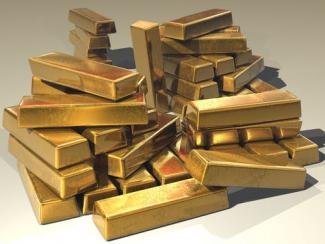