My step-father has died, am I entitled to a share of his estate?

The number of step-children in the UK is on the rise, due to second or third marriages becoming increasingly common.

Reference to “children” in a Will means biological or legally adopted children only, and not step-children. This is the rule, unless you are able to show:

The intestacy rules similarly benefit the same class of children, being biological or legally adopted children only, and not step-children.

However, a child treated who has been treated as a child of the family (whether or not the deceased was married to the child’s parent) may have the right to bring a claim against the estate of the deceased, under the Inheritance (Provision for Family & Dependants) Act 1975, provided he/she was being maintained by the deceased. This would particularly apply to young step-children who are financially dependant on their step parent.

This is a complex and ever-changing area of law, which in some respects is yet to catch up with modern family structures.

Samuels Solicitors, with offices in Barnstaple and Kingsbridge, has a wealth of experience in advising clients regarding 1975 Act claims and also advising clients on preparing Wills following a second marriage, where both parties have children from previous marriages or relationships.

If you think you may have a claim against a step-parent’s estate or wish to make provision in your Will for step-children or even step-grandchildren then contact one of our private client team who would be happy to discuss the matter further with you. 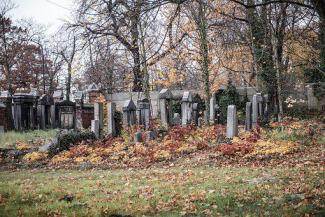