A key legal case has reached a sweet resolution, as retail giants Marks & Spencer and Aldi shake hands and call a truce in the saga of Colin and Cuthbert, the feuding caterpillars.

The supermarkets reached an agreement in the High Court after a lengthy front-page cake war.

The deal was reached at the conclusion of a process where M&S took legal action to protect its intellectual property (IP), in the shape of the appealing cake-caterpillar, Colin, after Aldi’s similar creation, Cuthbert, showed up at birthday parties.

M&S initially launched the legal action to protect their intellectual property around a year ago. On being challenged, Aldi’s Cuthbert did not retreat into his chrysalis for long.

In April 2021, a mere two months after vanishing from Aldi’s shelves after M&S alleged infringement, Cuthbert was back in a limited edition: proceeds from sales were donated to Teenage Cancer Trust and Macmillan Cancer Support.

“Let’s raise money for charity, not lawyers” Aldi tweeted, under its #freecuthbert hashtag, calling on other supermarkets to join it in raising money for cancer charities through the sale of caterpillar-shaped cakes. The high point of the #caterpillarsforcancer campaign was Cuthbert's charity skydive from 40,000 feet in May 2021.

More recently, Cuthbert demonstrated his versatility by appearing as a plush soft toy for Christmas. (On the subject of Christmas, incidentally, Aldi has, apparently, also fallen foul of the M&S legal team over a festive light-up gin.)

Details of the deal between M&S and Aldi regarding their aspiring butterflies have not been released, but while it is unlikely Cuthbert will appear in quite the same form in the future, he will, Aldi asserts in a #freecuthbert tweet, be back:

“Getting out early on good behaviour, keep an eye out for Cuthy B this Spring.”

An Aldi spokesperson added: “Cuthbert is free and looking forward to seeing all his fans again very soon!”

A Crowd of Caterpillars

M&S has three trademarks relating to its Colin the Caterpillar cake, the name, and the packaging. Colin, who first appeared on the patisserie stage in 1990, has been namechecked across social media platforms over the last weeks as a possible attendee of the notorious Downing Street lockdown parties. His convivial good looks have spawned a number of imitators, including Tesco’s Curly Caterpillar, Asda’s Clyde Caterpillar, Sainsbury’s’ Wiggles, and the Waitrose version, Cecil. So far, only Cuthbert has contrived to provoke a legal challenge.

Why should this matter to anyone but entomologists and epicures?

Essentially, the case concerns the extent to which designs are protected under intellectual property rights, and explores the point where overlap becomes a transgression.

M&S’s acceptance of the horde of caterpillars populating the supermarkets – from Cecil through Wiggles and Curly to Clyde – implied they realised a certain degree of duplication was inevitable. Cuthbert, however, resembled Colin too closely, and could, they contended, be mistaken for him, which would affect their brand recognition.

Colin represents big business: in its original court claim, M&S stated that sales of all Colin the Caterpillar cakes, including sister products - such as his girlfriend Connie the Caterpillar and Halloween and Christmas versions - contributed to annual revenues of up to £10.4 million a year over the past five years.

To the private individual, protecting your own ‘brand’ against defamation, malicious falsehood, plagiarism or slander is equally crucial - and time-sensitive.

If you think that your intellectual property rights have been infringed, seek Samuels’ expertise in this area without delay. Contact us for a free initial discussion with a lawyer today. 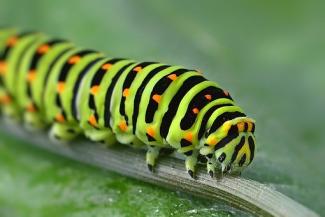