A deluded stalker has claimed she is Harper Beckham’s real mother.

Footballer David Beckham says he feared for his family's safety after an alleged stalker turned up at his daughter Harper’s school, apparently labouring under the delusion that she is Harper’s mother.

Sharon Bell apparently believes that Beckham and his wife ex-Spice Girl Victoria, conspired to steal her eggs, and that 10-year-old Harper is her biological child.

The court heard how she also believes that she was in a relationship with the former Manchester United and England footballer.

Beckham, who played at club level for Manchester United, Real Madrid, LA Galaxy, Paris St Germain and AC Milan, said he does not know alleged stalker Sharon Bell, and she is not the mother of any of the four children he has with Victoria.

Bell arrived at Harper's primary school in an attempt to speak to the child, and was there when Victoria arrived to collect her daughter, Westminster Magistrates' Court heard.

Bell, who is from Watford, allegedly sent a series of letters to the Beckhams' homes in Oxford and London, and attempted to visit the addresses in July and September of last year.

She previously pleaded not guilty to a charge of stalking, and is facing trial on 12 July.

At a hearing on Friday, prosecutor Arizuna Asante said Beckham "felt frightened for the safety of his family, and he believed this behaviour was targeted and intimidating. He says he does not know the defendant and she is not the mother of his children."

Bell did not attend the hearing, which was told she is currently in hospital, having been detained under the Mental Health Act (1983).

Bell’s lawyer, Lisa Wilson, said that if her client is found by the court to be fit to stand trial, she will want the Beckhams, who will be on holiday at the time of the hearing, to be called as witnesses so they can be questioned about her claims.

This will, the court heard, involve suggesting to Victoria Beckham "that she conspired with David Beckham to steal the eggs of Sharon Bell".

District Judge Michael Snow, extending an interim stalking protection order until the end of the proceedings, described the claim as "absolutely bizarre" and said it would amount to "further harassment of the Beckham family". He added that he expects the case to go down the "psychiatric route", resulting in a hospital order.

He extended a civil interim stalking protection order until the end of the proceedings, which he said were likely to result in a hospital order.

There are different types of stalking and harassment, which are offences under the Protection from Harassment Act 1997, and anyone can be a victim.

Harassment might include workplace bullying, cyber stalking, abusive text messages, unwanted gifts, calls, emails or letters. The perpetrator may be a stranger, a neighbour, or an acquaintance.

Sexual harassment, which violates the victim’s dignity, or creates a hostile, degrading or offensive environment – physical or digital – is a form of discrimination, falling under the Equality Act 2010. It might range from sexual comments to groping.

Stalking is an obsessive form of harassment. The perpetrator might be an ex-partner or friend, or a stranger. Stalking behaviour might include following someone repeatedly, watching or spying, intruding on internet or phone use, interfering with property, or identity theft.

Stalking and harassment are offences under the Protection from Harassment Act 1997. They can also allow victims to bring civil claims for damages, which is where we can help.

If you want to bring a claim for damages for harassment, our expert solicitors will be happy to discuss the process with you. Contact us today to find out how we can help. 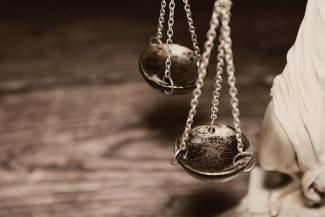