LEGAL UPDATE: When Bankruptcy Can Be Annulled

Traditionally, a debtor would have to prove that a debt was not owed at all, in order to have a bankruptcy annulled. This has caused problems for many debtors in many cases, where they dispute at least a proprotion of the debt and yet they are still made bankrupt. A recently decided case suggests that where a debt is disputed, the bankruptcy can now be set aside.

In the recent case, an individual was made bankrupt in relation to a debt that he disputed. He applied to the High Court to have the bankruptcy annulled. Usually he would have had to prove to the court that the debt was not due to the creditor.

However, in this case, the High Court agreed that the bankruptcy should be annulled, and said it was enough to prove that there was a "substantial dispute" about the debt, rather than having to prove that the debt was not due at all.

This case is important, as previous conflicting decisions had left uncertainty on this issue. Solicitors should now be advising clients that where they can prove that they substantially dispute the debt which has caused them to be made bankrupt, an application for annulment could be successful.

Samuels Solicitors has been assisting clients with bankruptcy issues for many decades. We can advise you if:

Contact us today for a free no obligation discussion about how we can help. 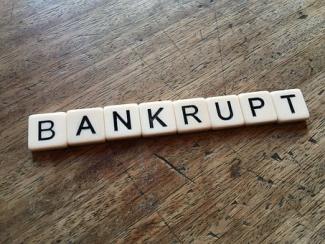