What Happens When an IVA is Finished?

An IVA is an "Individual Voluntary Arrangement". For many people, this is a great alternative to bankruptcy, as it gives you the ability to retain a great deal of control over your own finances. Creditors are also likely to recover more of the debts that are due to them, if someone enters into an IVA, rather than going bankrupt.

A recent High Court decision has clarified what happens after an IVA is completed, if money is paid to someone after the IVA finishes. In this case, a debtor who could not meet his repayments, entered into an IVA.

One of the assets belonging to the person who was entering into the IVA, was the value of a PPI claim (for mis-sold payment protection insurance). These claims were very prevalent at the time and some of them had a high value.

Before the money due under the PPI claim was paid, the debtor successfully finished his IVA, which meant that he was no longer subject to the provisions or controls over the IVA. Creditors challenged him, and said that his PPI payout should be included in the sums which were being used to pay them off.

The High Court found that the completion of the IVA (on standard terms) meant that the debtor (rather than his IVA creditors) was allowed to keep the compensation payment.

One factor the Court took into consideration was the successful completion of the IVA. If the debtor had breached the terms of the IVA, the decision may have been different. This demonstrates the importance of sticking to the terms of an IVA, once it has been agreed between a debtor and their creditors.

If you need advice about debt or an IVA, which may be coming to an end, or which you wish to start or renegotiate, contact us for a no obligation discussion with one of our expert lawyers today. 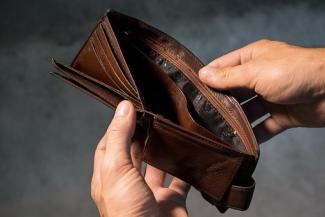