‘Think before you post’ campaign launched by the attorney-general

Most people publish something online every week or even every day, whether its an update on their pet or a picture of their day out. Usually, there are no consequences and these publications get lost in the stream of everyone else’s posts and updates. However, there has been a concerning rise of individuals posting on social media about ongoing criminal proceedings, publishing details about the case to the whole world, before it has come to a conclusion.

It is not uncommon to see news sites publish articles about high profile criminal cases but there are strict rules in place to ensure that a fair trial can still take place. Publicly commenting on a court case can be considered contempt of court, if it unfairly risks influencing a case. The consequences of being found in contempt include a fine or imprisonment.

In response to these growing concerns, the attorney-general has launched a ‘Think before you post’ campaign which provides advice to prevent individuals publishing something that may find them in contempt of court. The campaign gives a few examples of publications that could be found in contempt:

Just because something is posted on an ‘informal’ social media site like Twitter, Instagram or TikTok doesn’t make it any less serious. Once the words are published, they are deemed to be in the public domain and therefore run the risk of unfairly prejudicing an ongoing criminal case.

Not only do such publications carry the risk of being found in contempt of court but they also could lead to claims for defamation or breach of privacy. Take the following example:

The above statement accuses David of committing a criminal offence. Assuming David was found innocent of his ongoing case then he could sue the publisher for making untrue accusations that have caused serious harm to his reputation. If you have been wrongly accused of a crime on social media, the consequences can be devastating for you and your family.

David could also have a possible claim for breach of privacy against the publisher taking a photograph of him in his home/private space. A breach of privacy occurs when your private or confidential information is disclosed to a third party, who is not authorised to receive that information.

If someone has published a statement about an ongoing criminal case, or if they have published other private information about you, you might be able to bring a claim against.

If you are suffering because of libel or other untrue accusations or a breach of privacy then contact us to find out how we can help. 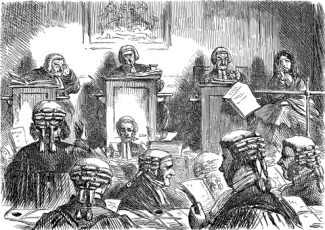