Ed Sheeran embroiled in copyright claim over ‘Shape of You’

Music megastar, Ed Sheeran, has denied that he plagiarised part of his 2017 song, Shape of You in a high profile copyright case currently being heard at the High Court.

During cross examination by Chokri and O’Donoghue’s barrister, Sheeran acknowledged that the hooks sounded similar, but denied having ever known about Oh Why until he was accused of having copied it, thus breaching his opponent's copyright. Sheeran relied on the fact that he quit social media in 2015 (when Oh Why was released) and only had a flip phone.

Copyright is a form of automatic intellectual property protection. It does not need to be applied for or registered like a trademark or patent. If a musician writes down lyrics for a new song and then creates the music to accompany those lyrics, they will have copyright over both the written lyrics and the musical arrangement or recording. Copyright infringement happens when someone uses either the whole or a substantial part of someone else’s work, without their permission.

This is not the first time that Sheeran has been accused of copying another artist’s work. In 2017, Sheeran settled with Thomas Leonard and Martin Harrington after they accused him of copying part of their song, Amazing, for his song, Photograph.

This will certainly be an interesting case. Sheeran may well want to settle to avoid the costs and publicity of a lengthy trial. However, this could be seen as an admission on his part that he plagiarised Oh Why, even if his legal team are careful to ensure that any settlement agreement says the opposite.

These type of infringement claims are often tricky because realistically, some songs are going to sound similar. If you consider the millions of songwriters and musicians across the world, it is not difficult to imagine that someone could create a song which sounds similar to another, without ever hearing the other’s song. The difficulty is often in proving that the alleged plagiariser had heard the ‘original’ song in order to copy it.

Have a listen to the songs and make up your own mind on whether you think Sheeran would have listened to Oh Why before writing Shape of You:

If you think someone has breached your copyright and if you  require any assistance with protecting your intellectual property then please contact us for a free initial conversation with an expert lawyer. 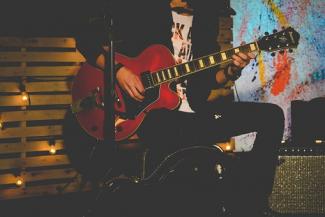